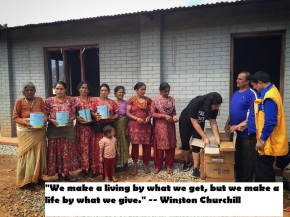 You don’t feel that innate sense of responsibility, until something hits home. To be more specific, the April 25th earthquake of 2015 in Nepal, rocked the world. An outpour of help came from several countries, big and small, rich and poor, friend or enemy. That being said, the earthquake had a severe effect on me as Nepal is one of the four countries that shape my identity (the other three being Japan, India, and the US). As almost all of my father’s family and relatives reside in the Himalayan country, when I heard of the tremor through a CNN notification I received on my phone, I sprung up in panic and dismay. Were my grandparents ok? Was their house affected? What’s the fastest way I can find more information? Many thoughts flooded my mind as I tried to comprehend the situation.Once I could track my family members, I came to know that they were safe, and their homes hadn’t suffered extensive damage. I was obviously relieved, but then I remembered the climbing death toll and the media coverage of the devastated historical sites, homes, and other buildings. Other families weren’t as lucky as mine. I knew I needed to do something. And then, my sudden feeling of responsibility to help out the earthquake victims, sparked a big idea. What if I went to Nepal to volunteer? Then I would definitely know that I was helping at the roots and not from thousands and thousands of miles away. I immediately sent emails to organizations that were largely predominant and ones that were lesser known and still creating a platform to showcase their work. I relayed my story as I have been doing so to you for several paragraphs now. But, I was incredibly disappointed when I did not receive a reply.

An email popped up with the heading, Re: Volunteering: Arya Jha. My eyes lit up, but I tried to remain calm as this could be a thanks-but-no-thanks email. It was from the Association of Youth Organizations in Nepal (AYON) and they recommended that I come to Kathmandu, Nepal and help out in their headquarters. While this wasn’t exactly what I had planned to do, it was something. And something was better than nothing. So I spent the next week in Nepal, volunteering at AYON, doing some clerical work here and there. While I am sure this was helpful, I just didn’t feel like I had done enough. So when the opportunity to help again came this summer, I jumped at the chance. But, this time, I was going into it with a solid plan. I reached out to four different organizations with the help of some other people. Among associations were National Society of Earthquake Technology, Raksha Nepal, Rotary International: Club of Dhulikhel, and Voice of Children, Nepal. In each, I did work that I couldn’t have ever dreamed of being given the opportunity to do. In the National Society of Earthquake Technology, I spent a whole day working with three different high schools and I transformed into a social worker so I could understand exactly what these children had gone through.

In Raksha Nepal, I spent an evening listening to the stories of rape victims and their journey to safety and shelter and partaking in their everyday activities.

In Rotary International: Club of Dhulikhel, I visited remote parts of Nepal and donated money which in turn helped purchase enamel for newly built homes. In Voice of Children: Nepal, I worked alongside orphaned children who were abandoned on the streets and had finally felt a family in which they belonged. Overall, I have never felt better about a week in my life. I had gone to Nepal with the intentions of helping the people, but I honestly think that I learned more from them than I ever thought possible. 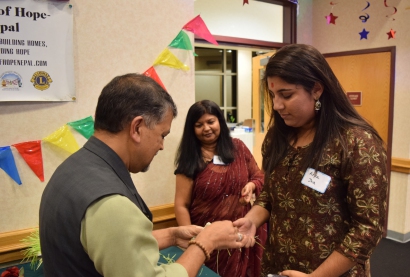 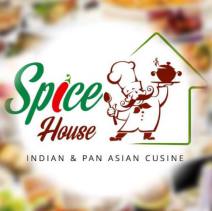 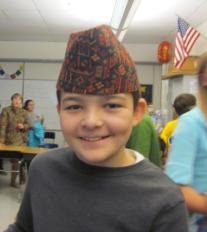