Our Youth in Action 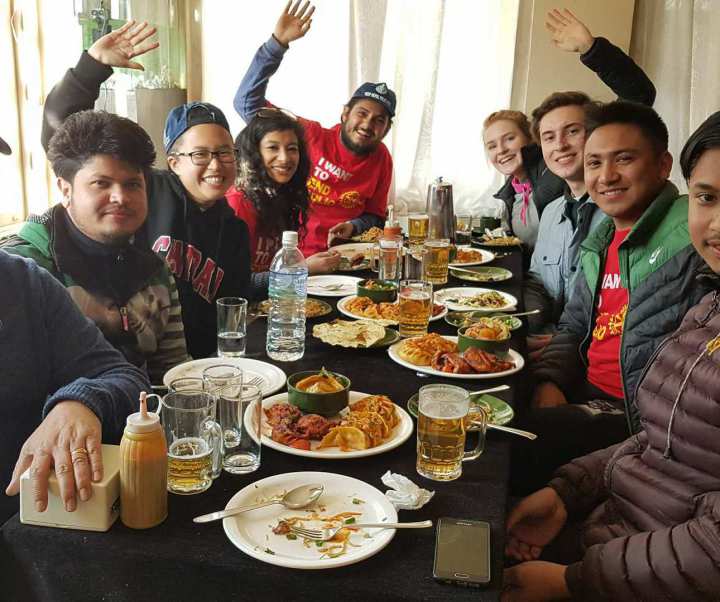 5 Rotaract students are currently visiting Nepal on a 2018 Humanitarian Mission. 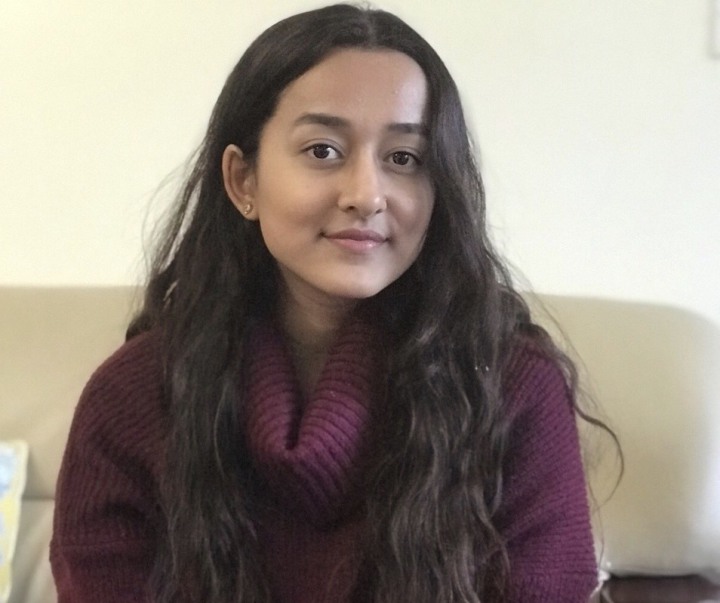 First Dashain away from Nepal, the best time to feel homesick. 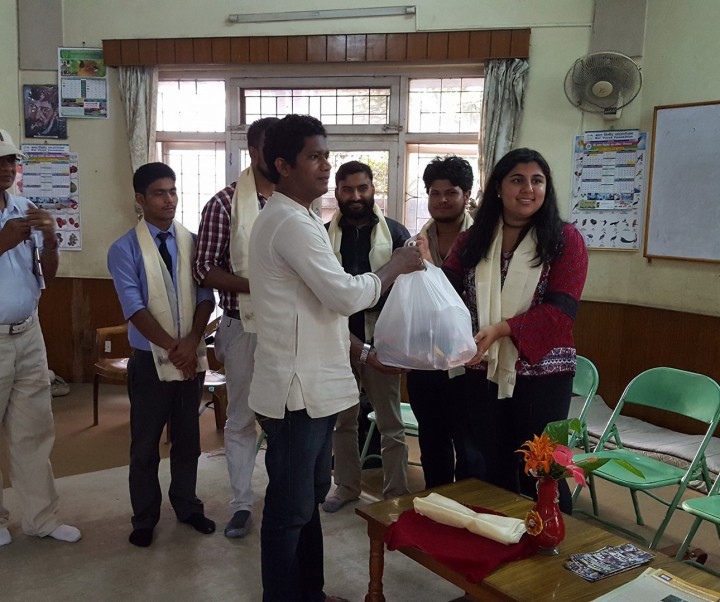 A different perspective is one of the hardest things to obtain. 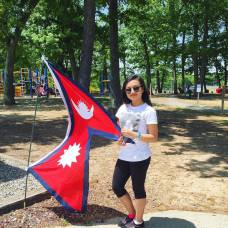 SHRUTY SHRESTHA:
When someone falls down your initial gut reaction is to take them by their hands and pull them back up. However, Imagine seeing them fall, seeing the pain and suffering, seeing the loss and all the tragedy right in front of you but unable to reach them. This is a modest interpretation of what I felt when I first heard about the earth quake. I hadn't known fear and heartache until I went through those three days following the initial quake. 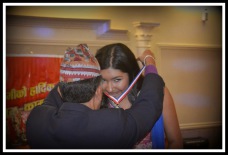 Living in America my entire life, I never saw such abject poverty as I had in Nepal.  Since early childhood I always had amorousness for Nepal. I had a desire to do something to better people’s lives in my ancestral homeland. I became galvanized to raise money for Raksha Nepal, an NGO (non-governmental organization), after reading about the founder Menuka Thapa on the daily Kantipur.  Menuka Thapa intrigued me. She did not defenestrate her life and throw it away, but with the limited resources she had she founded an organization that will forever change people’s lives. Raksha Nepal rehabilitates sexually exploited women and children and gives them the necessary life skills such as vocational training, education, recreational activities etc…  Raksha Nepal deals with children who have been raped as early as 7 and their mothers who have been shunned by their families and forced into prostitution. Sexual exploitation of this nature is a heinous crime that many people do not give the light of day too.  Raksha Nepal’s mandate and purpose inspired me because it was unlike other organizations I had heard about and I decided that I needed to do something for Raksha Nepal.

In September of 2011 I started researching Raksha Nepal and other organizations more in depth. To raise money for this NGO along with the building of an ambulance house in Janakpur, my mother (Nami Karki) along with Rekha Karna, Uditi Karna and I made and sold Nepali achar to the Nepali Community in New Jersey and Pennsylvania. We held two fundraisers. One was a pool party at the Karna’s residence and the other at the Annual Dasain Party for the Nepalese in New Jersey (Friends of Nepal New Jersey).  We raised US $1,000 (100,000 Nepali rupees) for Raksha Nepal and US$4,000 (344,000 Nepali rupees) for the ambulance house in Janakpur.

Eight months after we donated money to Raksha Nepal, I decided to do an internship with Raksha Nepal in Lainchor during the recent summer of 2012.  I had never seen children who loved life the way they did although what they had gone through was so extreme. On my first day I was greeted by thirty of the most affable and ambrosial children I had ever met. The children had written such touching poems and stories about how the money I raised for them changed their lives and they were able to enroll in school again after being kicked out for not being able to afford it.  Every day for two months I spent time with the children from seven to eleven in the morning.  I taught the thirty children English and math, served them lunch and helped pump water to help wash their dishes.  I also taught them recreational activities such as yoga and tag and walked them to school.  The time spent this summer with Raksha Nepal in Kathmandu will always be one of the most memorable moments in my life. I will never be able to repay them for what they have taught me.

Social work has always been of extreme interest of mine since I was a young child.  I look forward to revisiting and skyping the children of Raksha Nepal again. In the upcoming summer of 2013 I have decided to take an internship with Prayas Nepal (a sector of Maiti Nepal) which is founded by CNN hero Anuradha Koirala. Prayas rehabilitates street children addicted to drugs such as cocaine and heroin. Prayas helps these children rid their horrid habit and helps them succeed in the future. I plan to have a fundraiser for them as well as raise money for Prayas Nepal again this fall and spring. Charity work is not something I do to grow recognition or to boast to the world about, but it is something that I have a passion about. 4 years ago I had my first fundraiser and since then it has grown. I am looking forward to working with my inspiration Anuradha Koirala in the upcoming summer. 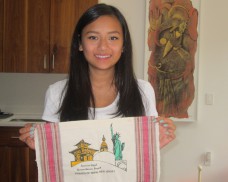 Aasha Amatya, Warren-Watchung High School Sophomore, will be conducting interviews with Nepali micro credit recipients as a Goodwill Ambassador for FONNJ and Branchburg Rotary. She will conduct survey and interview our micro-credit recipients in Nepal and blog her story as part of her summer service project in Nepal. Thank you Aasha.. .﻿

Friends of Nepal-NJ sponsored a dance program for the Ghar Sita Mutu's annual program in New York yesterday.  Ms. Kabina Singh performed her special Newari dance at this event.  Thank you Kabina for your outstanding performance and promoting Nepali culturel. 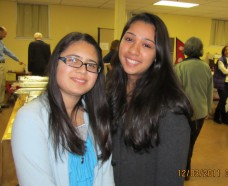 Youth members helped during the FONNJ's micro credit fundraising dinner to fulfill their service hour for their high school graduation.  Ms. Sauryaa Baral and Ms. Pokhrel (pictured) baked cookies and served at the event.  Thank you for your service.

High school students who are looking for service projects to fulfill your high school, college or scouts service hours, we can provide you with an opportunity to help our organization and get SERVICE CERTIFICATE from the FONNJ and you may also qualify for the US Presidential's Volunteer Award. 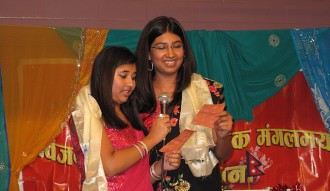 Young Entreprenuers. Ms. Karki and Karna came up with  the "K&K Achar" idea and sold this achar (pickel) to raise funds for the Rakhsa Nepal.  Congratulations. 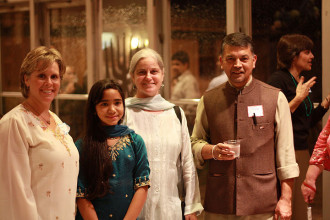 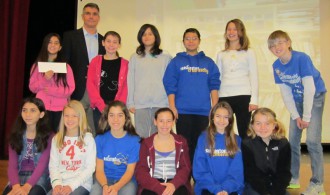 Readington Middle school students collected more than $2600 for Nepal school project during their Make a difference Day week program at the school. 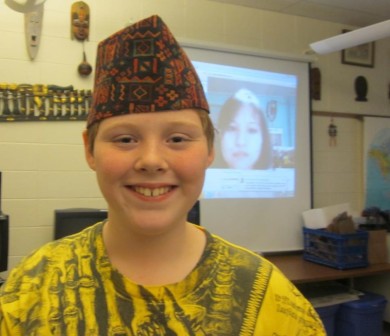