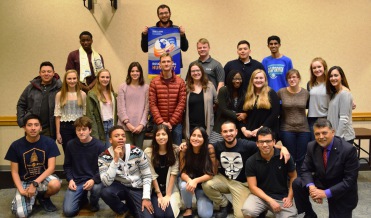 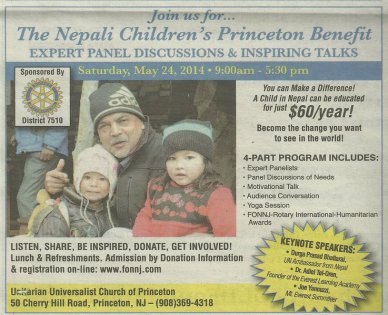 On Saturday May 24, 2014 at the Unitarian Universalist Church there was a gathering of great minds and united forces to help the children of Nepal. Charles J. Brine and President of Friend of Nepal-New Jersey (FON-NJ), Tulsi Maharjan, organized this event to "make a real difference in the lives of these children who face enormous challenges in every aspect of their lives: health, nutrition, education, safety, and quality of life." They hope to educate, raise awareness, and collect funds for Nepali children.

Dr. Tulsi Maharjan, co-organizer of this event is the Governor of Rotary International District 7510 (Central Jersey), President of FON-NJ. After emigrating from Nepal to the US at the age of 15, he received his B.A. in Economics from Skidmore College and his Ph.D. in International Education from American University. His efforts to help Nepali Children have been active for 25 years.

Charles J. Brine, Ph. D, is a chemist who specializes in applications for natural polymers. Currently he is President of Princeton ChitoCare, LLC which concentrates on the development of novel wound, burn, and bone healing technologies. He is the author of 36 scientific publications and 16 US and PCT patents. Being a Princeton resident, he has organized 12 benefit events for charitable organizations since 2009.

The honored guest at this event was His Excellency, Durga R. Bhattarai, UN Ambassador from Nepal. Appointed in August 2013, he is the permanent representative of Nepal to the United Nations. He has a non-collegiate bachelor’s degree in law and a master’s in business administration from Tribhuvan University in Nepal. From 2005 to 2009, he served as Ambassador to Sri Lanka and Maldives. Since 2011 he was the Permanent Secretary in the Ministry of Foreign Affairs.

Bishnuhari Paudyal, MD, Ph. D, Sunil K. Nepal, Ph. D, and Aditya Man Shrestha were the two other speakers at this event. Paudyal works in the Department of Radiology at Thomas Jefferson University in Philadelphia. He has published many papers that are cited in inter nation jounals. Hr researches diagnosis and treatment of breast cancer, prostate cancer, colorectal cancer, and the development of imaging techniques for early diagnosis and therapy monitoring. Nepal has academic training in quantitative aspects of natural resources. He has worked in academics and research in Nepal and the US. For the past 16 years he has been a biostatistician in the pharmaceutical industry. He is a member of FON-NJ, the Help Mawkanpur Foundation, and serves in the Nepal Foundation as Vice President. Aditya Man Shrestha is a well-known Nepali Author and Journalist. Because of his balanced yet blunt writing on political and economic states in Nepal, he has received awards and equally received criticism. He enjoys writing in the fields of yoga and spirituality. Shrestha is the author of 10 books: The Bleeding Mountains of Nepal, the Dreadful Night, carnage at Nepalese Royal Palacy being his best sellers. The Dreadful Night was being sold at this event and the proceeds went to the Nepali Children’s Fund.

The event began with an opening speech from Charles Brine and continued with an expert panel of discussion. In the panel was Ann del Campo, Aditya Man Shresta, Shari Green, and Diane B. Calesnick. Ann works to promote new technological advances in healthcare. After learning to raise horses as a child, she continued through college majoring in Chemistry and Biology and has a passion for healthcare. Her farm, Stonybrook Meadows promotes healthy eating and educating consumers. Having traveled extensively she realizes that "our world is worth the attention and care of bringing visibility through engagement of the community with our resources: land, animals, people, and ecological sustainable practices." Shari is a program developer at the Uncommon Individual Foundation. She joined this team because of her passion to make education accessible to all. She specializes in creating an eLearning curriculum to solve critical education gaps. Diane is President of the Board, Healing the Children New Jersey which provides medical care for children in the US and abroad. She is a nurse who specializes in anesthesia, currently employed by Society Hill Anesthesia Associates in Pennsylvania. She has participated in 35 international medical mission trips to provide anesthesia services in the Dominican Republic, Panama, Kenya, Morocco, Guatemala, El Salvador, and Mozambique. Along with these countries, she hopes to help Nepal in similar ways.

In the afternoon the attendees cooled down with some yoga, led by Heather Artman and Elizabeth Scura.

Additional projects that made an appearance at this event were the Nepal Orphan Project and the Micro-Credit Program. The Orphan Project does health check-ups, pays school tuition, and donates school supplies to Nepali orphans in need. The mission is to improve the lives of these orphaned children and their communities through education, healthcare, and nutrition. By the end of this year, they hope to sponsor one hundred orphans in need. The Micro-Credit Program provides education and financial support to independent women, often single mothers, in need. They give destitute mothers a $100 loan to buy anything, a new tool, a machine, and new shop in the bazaar, and they gain a source of income for their families. Once they earn enough money to get on their feet, they are able to repay the loans for a new cycle.

This day consisting of expert panelists, motivational speeches, brainstorming conversation, yoga, and awards was only a step in the movement to aid children in Nepal. Remember, a child in Nepal can be educated for just $60 per year! 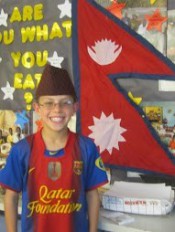 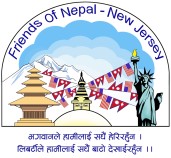 KATHMANDU: Friends of Nepal-New Jersey (FON-NJ) and RI District 7510, USA are going to provide Nepal Humanitarian Award to nine renowned personalities who have contributed to Nepal from different fields. Speaking at a press conference in the Capital today, Dr Tulsi Ram Maharjan from Branchburg Rotary Club, New Jersey, USA said, “We are going to hand over the award to nine social activists who have made significant contribution of leadership or service to humanity which has improved or enriched the lives of others.” The nine awardees are Durga Lal Shrestha from literature, Madan Krishna Shrestha, Hari Bansa Acharya from culture and education, Prithivi Bahadur Pande from art and heritage, Prachanda Man Shrestha from cultural tourism, Anjani Kumar Sharma from health care, Dil Shova Shrestha from elderly care, Nirmala Acharya from community service and Father Martin Coyne for giving 50 years for youth education service. FON-NJ is a non-profit organisation in the state of New Jersey, USA which has been involved in the promotion of social cultural heritage of Nepal for long. The organisation also explores educational opportunities for the children of Nepal. Dr Maharjan said that they have been supporting many projects actively working in Nepal through Rotary Clubs across the country for the last 20 years. 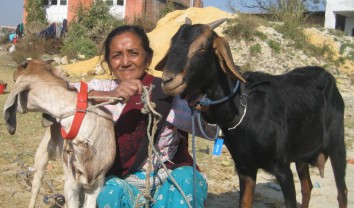 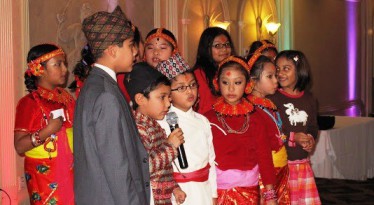 School meets once a week every Sunday in Bridgewater 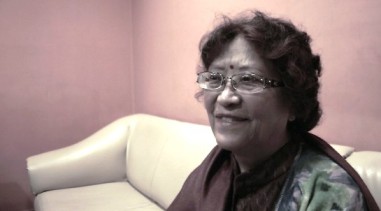 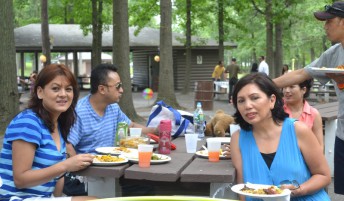 Thank you for joining us at our annual picnic... Here are some pictures from our event.
Photo link: 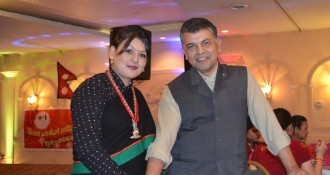 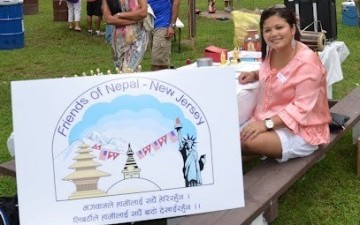